By Charla BearComment:  For more on Native theater, see Klamath, Modoc Tales Become Plays and The Colors Started It. 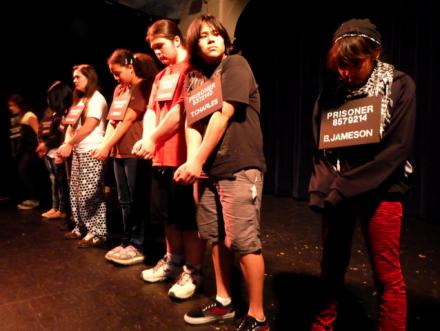 somebody on FB recently shared a youtube clip about this - the cop is afraid he wont get a fair trial. I thought a commenter summed it up best with:
"Won't get a fair trial" is Fascist NewSpeak for "won't get away with it."

This clip was dated though, what happened at the trial of the cop? Does anybody know?

Never mind, found it. Feel sickened but not surprised.

A really fair trial is one where the guilty are punished and the innocent get off.