An e-mail from the Friends of Peltier:AP version of the story:

Sides square off in rare parole hearing for Leonard Peltier

Comment:  For more on the subject, see Leonard Peltier on Twitter, Coyote on Peltier, and Peltier's 6th Nobel Nomination. 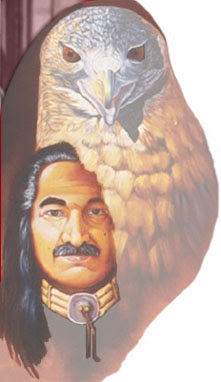