A new book makes a valuable point about connection between thought and action. From a press release:

Like a Loaded Weapon
The Rehnquist Court, Indian Rights, and the Legal History of Racism in America

Robert A. Williams, Jr.Comment:  Let's reiterate the key phrase: "the ongoing legal force of the racist language directed at Indians." In other words, American lawmakers conceived of Indians as subhuman savages. They acted on their racist and stereotypical beliefs. The result was laws and court decisions that demolished Indian freedom and self-sufficiency. Beliefs led directly to vast and measurable harm.

This argument devastates the counterargument we hear frequently: that stereotypical beliefs are some harmless, commonplace way of looking at the world. In this view, words such as chief, warrior, brave, savage, redskin, princess, squaw, teepee, bow and arrow, tomahawk, feather, bead, drum, etc. are just a superficial means of categorizing Indians. They're benign abstractions, like labeling the sky "blue" though it may have a range of colors.

Sure, these Native terms may be outdated or archaic, but they serve as a starting point for understanding. When people have to move beyond these terms, they do. New information quickly and easily replaces old information.

In particular, goes the counterargument, these terms have no adverse consequences or effects. Someone can think of Indians as chiefs and warriors yet have no bias against modern-day Indians in suits or dresses. Wherever racist impulses come from, they're unconnected to stereotypical beliefs.

This view is rubbish, of course. We can tell by the cognitive dissonance that arises whenever you challenge stereotypical beliefs about Indians. People don't readily accept the new information and adjust their mental map accordingly. Rather, they excuse, justify, and defend their stereotypical beliefs. These beliefs are so intrinsic to their thought processes that they refuse to give them up.

I haven't read Like a Loaded Weapon, so I don't know how deeply it goes into the psychological connection between language and thought. But a substantial school of linguistics suggests how language influences how we think. According to this model, it's difficult if not impossible to form thoughts independent of the language we use.

Some background on the subject:

Linguistic relativityHow Does Our Language Shape the Way We Think?

By Lera BoroditskyThe answer:I'm not sure anyone has applied this theory to race. If not, let me be the first. When we use derogatory terms for people--women, blacks, gays, Muslims, et al.--we create derogatory thoughts and feelings in our minds. We quickly come to believe what we're saying. I suspect the constant repetition of language literally rewires the brain. Subjective stereotypes replace objective facts and memories in our neural networks.

A good example of this happened during World War II. Before the war, I don't think Americans had a strong bias against Germans. Heck, something like a quarter of Americans were of German descent. But anti-German propaganda--referring to them as cartoon-style Krauts, Huns, and so forth--turned them into a race of evildoers. A generation of Americans came to believe Germans were monsters who would kill their mothers and eat their babies.

The same thing happened to Indians. Beginning with Columbus, Europeans realized that Indians stood in the way of world dominance. Therefore, "we" immediately began demonizing "them" as children, creatures of the forest, predators, etc. We convinced ourselves they were subhuman savages who didn't deserve human rights or respect. All our subsequent actions--Manifest Destiny, broken treaties, genocide--flowed from these stereotypical beliefs. 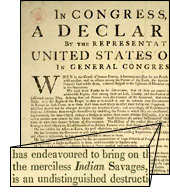 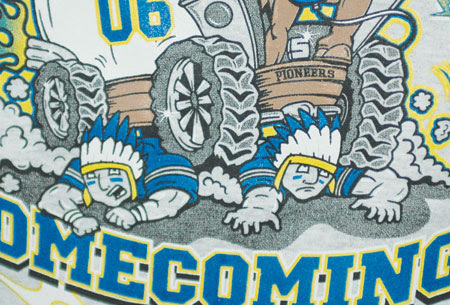 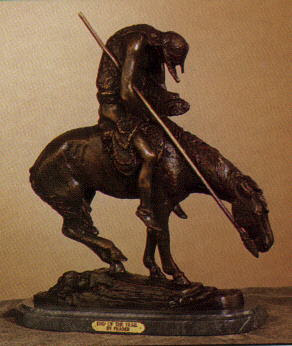 --A new book makes a valuable point about connection between thought and action. From a press release--

Before 2005, there was and remained a strong push against racism that can be argued all the way back to the 1960s.

This sounds like NEW news for you because the mascot issue has been going on for decades, not just in 2005.

It was not liberal whites that paved the way for Indian gaming and land return. Those two policies came from CONSERVATIVE Presidents Nixon and Reagan.

Do your homework before you start calling whites "liberal", it makes for all whites being "stupid" and "primitive thinking savages".

It looks like the Indians paved the way for it themselves.