In his Stuff White People Do blog, Macon D. recently analyzed people who pose in cowboy drag. First he quotes Mel at BroadSnark, who perfectly encapsulates America's lust for its cowboy myth: 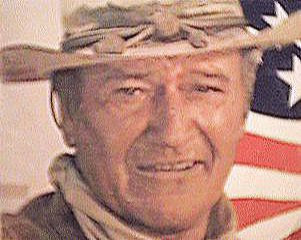 Of course, the real cowboy was an itinerant manual laborer akin to today's illegal immigrant. He didn't protect schoolmarms from outlaws, Indians, and other uncivilized animals. He did the dirty work of handling a smelly herd of cows.

From Pilgrims to cowboys

We can trace our national hero figure from the Pilgrim to the Minuteman to the frontiersman (Daniel Boone, Davy Crockett, Kit Carson, et al.). But how exactly did a cow handler become the next in line? Why not a farmer, rancher, surveyor, prospector, railroad man, oil driller, inventor, or someone else?

No doubt the usual tangle of dime novels, Wild West shows, and old Western movies played a role. But Macon D. of Stuff White People Do steers us to another source. In Rough Rider in the White House: Theodore Roosevelt and the Politics of Desire, author Sarah Watts argues that Teddy Roosevelt turned the bovine's best friend into a John Wayne/Clint Eastwood tough guy:

No doubt Americans venerated Custer, Buffalo Bill, and other Western figures for similar reasons. But I'm willing to believe Roosevelt did more than anyone to popularize the cowboy ideal among the Eastern intelligentsia. Once they bought into the myth, it became our national storyline.

A century of cowboys

Since then, our heroes have generally fit into the cowboy mold. I.e., the rugged individual who lives by his own rules. Whether the figure is a cop, soldier, spy, race-car driver, pilot, spaceman, or president, he's basically a transplanted version of the American cowboy.

"Real" cowboys don't let women, gays, or foreigners fight their battles for them. They take charge because it's only natural that "a handful of white, Christian men with exceptional morals" should rule. It was true of the Pilgrims and Founding Fathers, Americans believe, and it's still true today.

Finally, Mel of BroadSnark explains how this myth-making process has come up lame, like a horse throwing its rider, leading to white America's existential crisis: 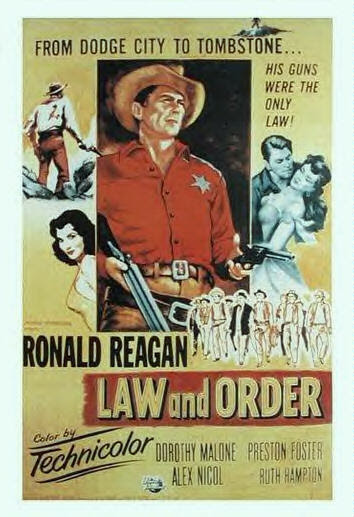 Exactly. Obama is liberal, intellectual, and black. He doesn't fit the cowboy mold in any way. Yet Americans elected him over the doddering white war hero, John McCain. How could that be?

This can't happen in America, the legion of losers thinks. Cowboys can't let the presidential equivalent of a schoolmarm rule them. So we get the Tea Party movement claiming there's a conspiracy to overthrow democracy. This plot is led by a foreign Muslim terrorist who can't or won't produce a birth certificate. We have to take back America from the Obamas of the world: women and minorities, city slickers, liberal elites, and other non-cowboys. And give it to its rightful owners.

For more on our cowboy mindset, see Movies Convey "America's Master Narrative" and Cowboy Code Ignores Cowboy Crimes. For more on what the Tea Party stands for, see Conservative Worldview = Fear of Cooties and Paper-Checkers = Birthers = Teabaggers. For more on the subject in general, see America's Culture Roots and A Shining City on a Hill:  What Americans Believe.
Posted by Rob at 11:09 PM