Headless bodies and other immigration tall tales in Arizona

In other words, perceptions have a tangible effect on reality. Stereotypes lead to changes in laws and policies. People wrongly believe illegal immigrants are dangerous, so they curtail the immigrants' rights. They waste police resources and tax dollars to assuage their fears.

This is basically what conservatives do. "The sky is falling!" they scream like Chicken Little. Climate controls, healthcare reform, illegal immigration, gay marriage, gun laws, evolution, etc. are going to destroy us! Join the Tea Party to save the Union from a Communist/terrorist/Mexican/One World/homosexual/secular takeover! And with no evidence whatsoever, millions of gullible Americans believe the scaremongering lies.

Below:  A previous brown-skinned bogeyman for white Arizonans. 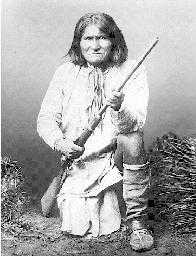