Newt Gingrich’s Meanness Is The Secret Of His 2012 Success

By RmuseComment:  For more on the subject, see Gingrich Cheers Killing of Indians, Open Letter to Obama Haters, and Racism in the Republican Primaries. 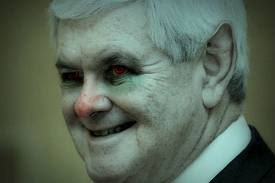