New US coin marks importance of horse tradeSome background on the horse trade:Comment:  As I said before, most of this trade occurred before the peak of the Plains Indian cultures. You know, the cultures that depended on and became famous for the horse. Yet the coin shows a stereotypical Plains chief. Stupid.

Apparently the voters loved this design, and the mint went with the people's choice. As I said before, they were thinking of 19th-century stereotypes, not 17th-century history. The designs with ledger paintings, which were done in the 19th century, prove the point.

So the horse trade was a reason to feature the beloved chief of American history. In other words, it was basically an excuse to show off America's national mascot.

The design is okay if you ignore the figure of the chief. He looks goofy with his generic, almost Caucasian features and mink stole around his neck. This design would've been much better with a warrior who wasn't a chief. 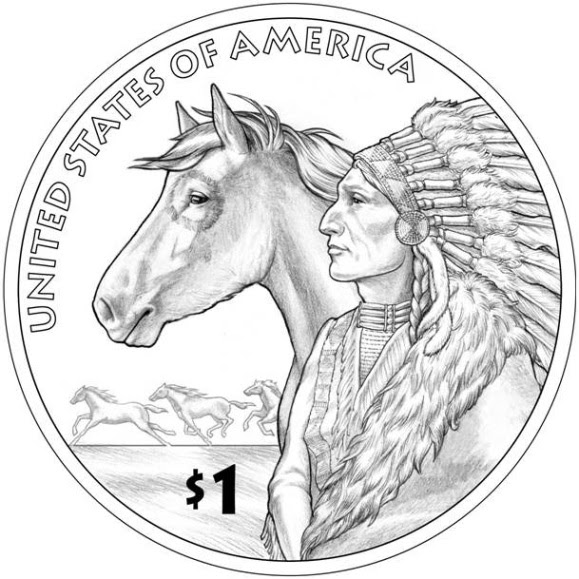