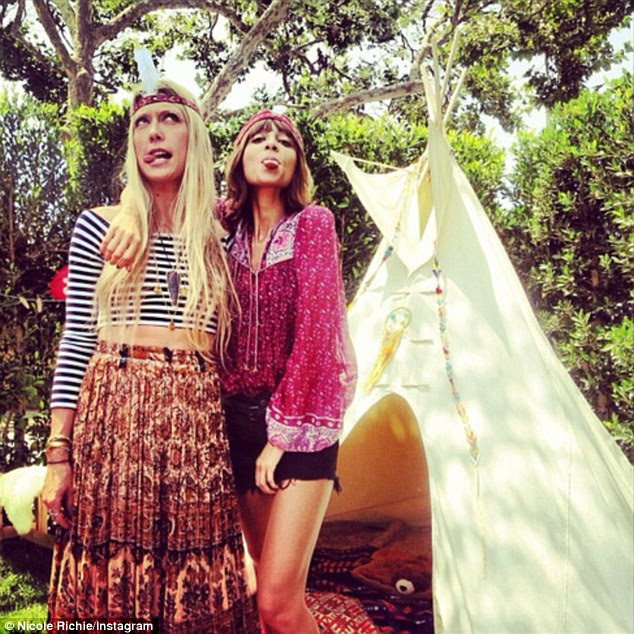 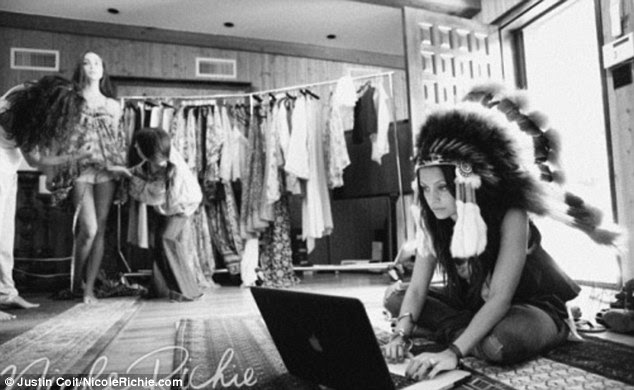 Comment:  In related news, Nicole Ritchie is still alive. What a relief.

The second photo is worse in terms of stereotyping, of course. Pure hipster in headdress.

The Daily Mail correctly linked these photos to the Victoria's Secret and No Doubt controversies, and then to violence against Native women:Nice to see one newspaper gets it without making excuses or feeling the need to present the other side (like, "she didn't mean to caricature Indians with her stereotypical costumes"). It's racially insensitive, period.

Wait, you're reading the Daily Mail? Rob, hand in your liberal card now.

Also, when the Daily Mail is incensed about a racial incident, you know it's racist.

(And what is the point of these damned headdresses, anyway? To prove that hipsters will buy anything?)