In Quantum of Solace, a Ukrainian actress plays a Bolivian spy. In Skyfall, a French actress plays a Chinese sex slave. So Bond movies whitewash their female love/sex interests.

This kind of destroys the argument that studios have to make their movies "broad and accessible" using white characters. We're talking about freakin' Bond here. It doesn't even matter who plays him. The concept is the selling point, not the actors.

It definitely doesn't matter who plays the interchangeable "Bond girls." So use an actress of color when the story calls for it. Stop pandering to people who might be shocked by Bond cavorting with dark-skinned women. It's nothing but racist.

It's not just the Bond girls, although it's most obvious with them. Javier Bardem plays the villain Silva, a former MI6 agent who was stationed in Hong Kong. You could make a case for an Anglo agent in this largely Chinese enclave, but a Chinese agent would make more sense.

We hear how studios are relying more than ever on foreign markets for their profits. That may explain why a whole section of Skyfall is set in China.

Perhaps Chinese audiences would find it unpalatable to cast the villain and his sex slave as Chinese. But if that's the case, why not include a heroic Chinese character?

You can apply this lesson to every movie where the studio tells us they had to cast a white or multiracial person to play an Indian. The selling point in a movie like Jonah Hex, Twilight, or X-Men: Days of Future Past is the concept, not the actors. The casting of a "concept" movie will have little or no effect on its profits. Yet producers still cast the white or multiracial actors needlessly--as the Bond movies prove.

As for Skyfall, it was an inferior Bond movie in other ways too. Too many implausibilities, not enough action. Rob's rating: 6.5 of 10. 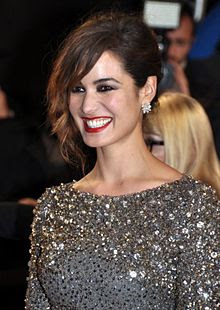 Bond is basically male fantasy. It's one of the last remaining exemplars of the "hero gets all the girls" trope. (With a really awkward idea about what spying is like.)

Is this the Fanservice guy again?

I know Bond is a male fantasy. But men fantasize about African, Asian, and Native women just like European women. So that doesn't preclude using dark-skinned actresses. In fact, it's a reason for using more of them.