A play here in Los Angeles stirred up a protest soon after it premiered: 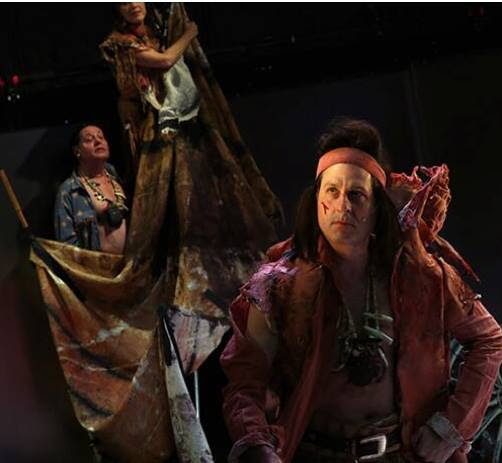 The Facebook event generated a lot of comments from Natives and others: 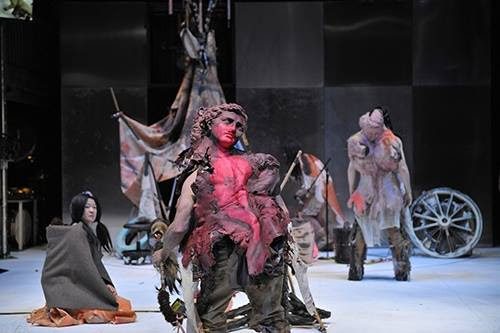 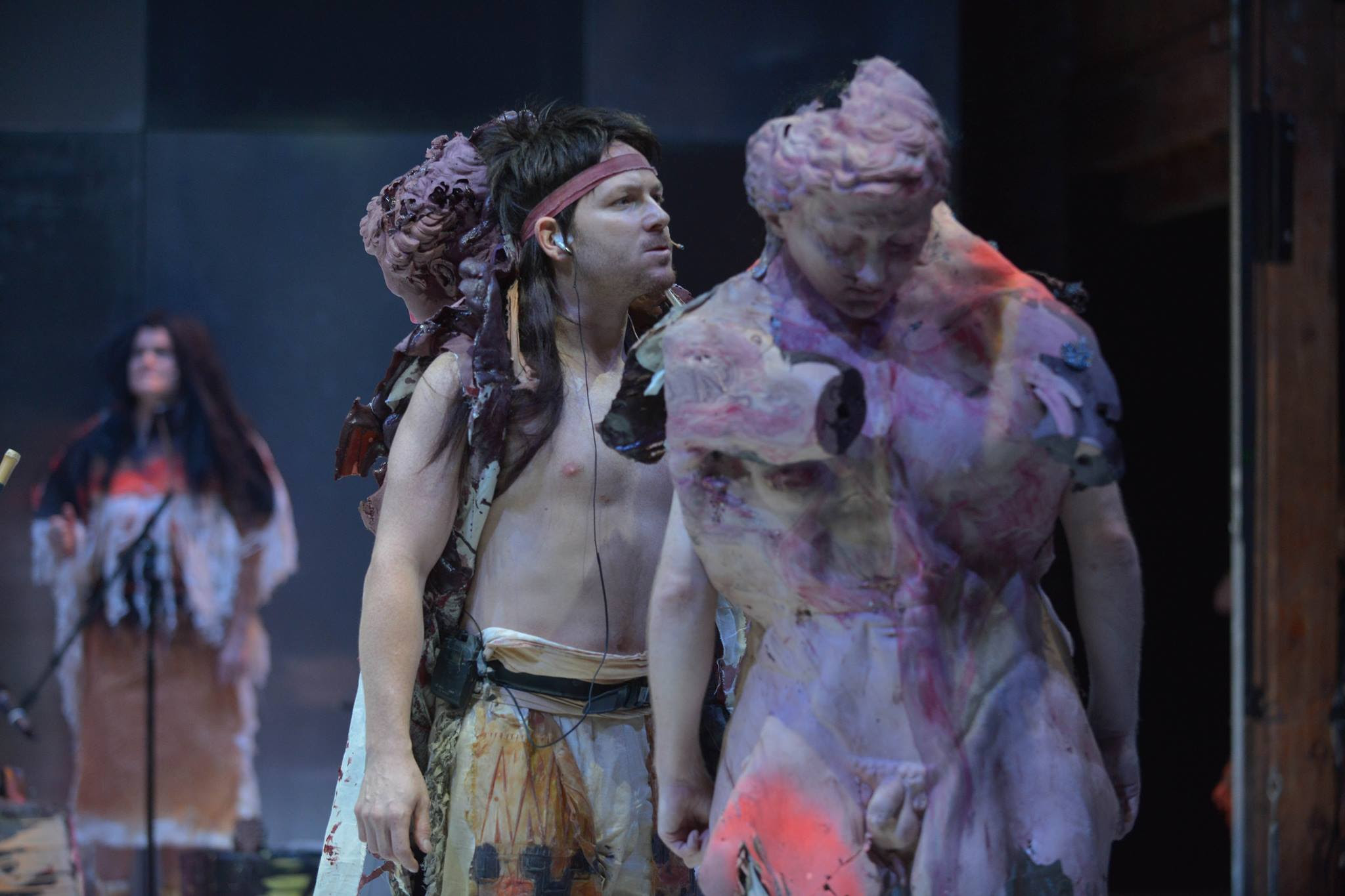 One commenter tried to reason with the Wooster Group:I'm not sure anyone protesting the show has actually seen it. Most went by the description (above) and the photos: 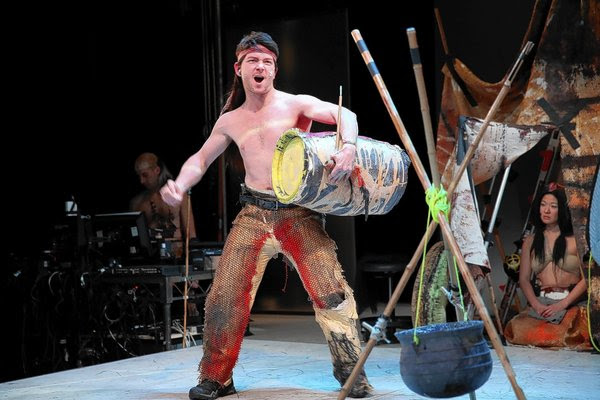 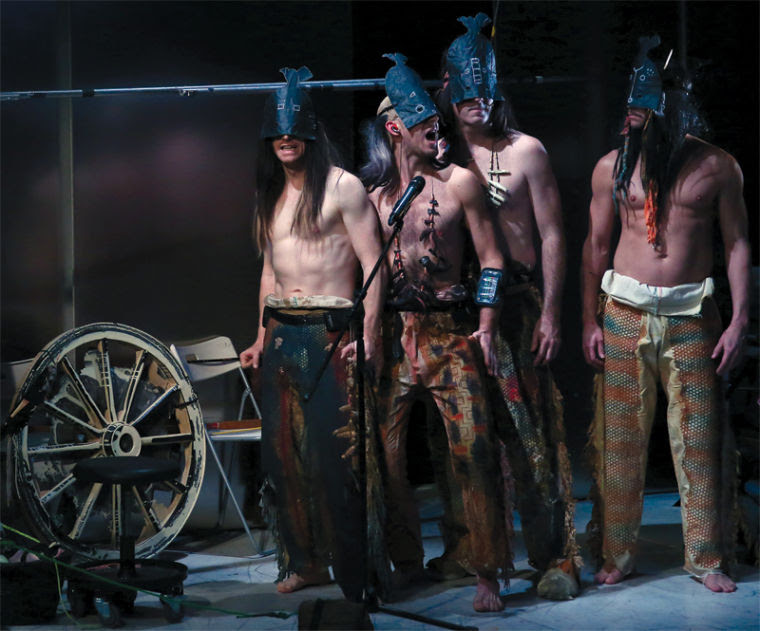 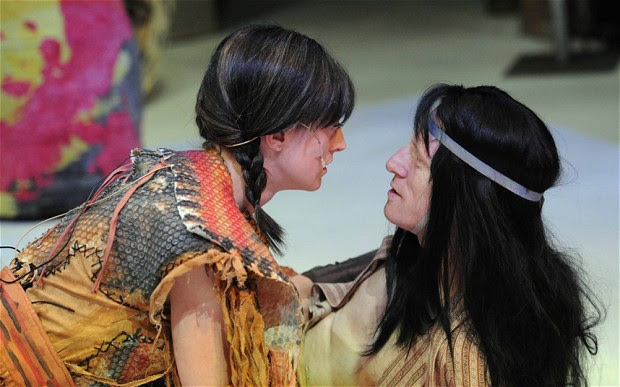 Since the play is an adaptation of Shakespeare, I doubt there was much room for a Native writer to come in and rewrite it.

Since the play is funded "in part by a generous grant from the National Endowment for the Arts," I doubt the Wooster Group would cancel the play and give back the grant. It's much more likely to ride out the controversy.

Since the play is showing only for 11 days, there's no point to a boycott. The run will be over before anyone can organize anything.

I gather the Wooster Group originated this show with the Royal Shakespeare Company in London. The Wooster Group did the Trojan half of Trolius and Cressida. It then brought this subset of the play to New York and Los Angeles on its own.

I also gather that people have contacted the Wooster Group and complained about the show at each stage--to no avail. The Wooster Group is ignoring the controversy, or perhaps stoking it to increase ticket sales.

The short run works against activists who would protest the play. But I wouldn't waste too much time trying to reason with the Wooster Group. If the play appears again, I'd set up protests outside the theater, start a social media campaign, and contact the group's nonprofit and corporate sponsors.

Other than the futility of some of the responses, the critics are right on. To reiterate the arguments: 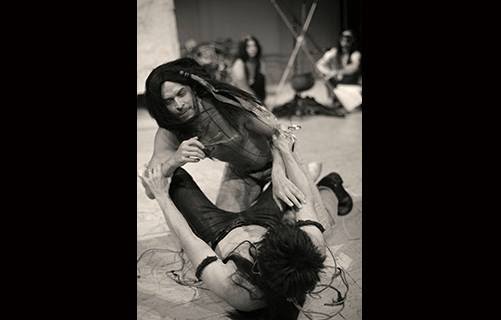 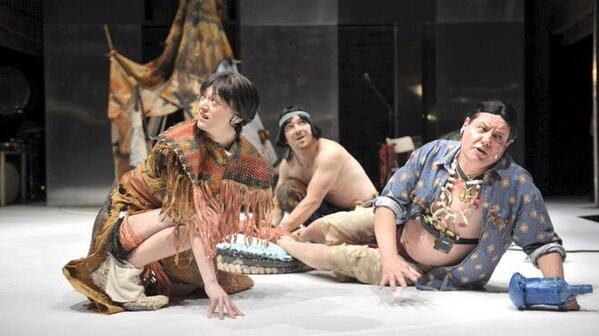 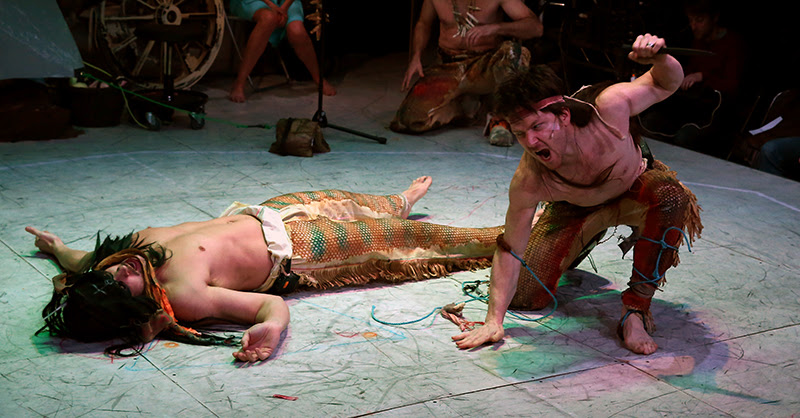