Every time I mention Johnny Depp on the NativeCelebs page in Facebook, people claim he's Native. No, he isn't. Let's put this myth to rest once and for all.

First, let's see what Depp has claimed. Because his claims are the only source for his alleged Native ancestry.

Inside the Actor's Studio

BRAVO TV--September 8, 2002Johnny Depp wants 'The Lone Ranger' to back off Tonto: Why is the f–––ing Lone Ranger telling Tonto what to do?'

By Anthony BreznicanAnd...that's it. If any statements of his ethnicity exist other than these, I can't find them. Two flimsy claims, period.

How flimsy? Well, he's been told. He guesses. "Apparently."

In other words, he has no evidence whatsoever that he's Cherokee. No facts, no documentation, nothing. All he's doing is repeating family stories just like every other Indian wannabe in America.

What do real Indians think of wannabes who claim Cherokee heritage--exactly as Depp has done? Most Indians scorn these people as fakes and poseurs. Some examples of what they think:

Ask an Indian: How to Spot American Indian Wannabes and A Counterfeit Culture: Too Many Cherokees to Count

...My Grandmother Was a Cherokee Indian Princess...

I Hate All Dem Fake Ass Wannabe Cherokees Out There

Of Wannabes and Indians

The truth about Depp

Apparently Depp took a DNA test at some point. Alas, that and some genealogical research offer zero evidence that he has any Native ancestry.

By EthnicThe Cherokee Princess Phenomenon, and Other Tall Tales of the West

By Ehud WouldThat would seem to be conclusive. Until Depp provides hard evidence that one of his ancestors was Cherokee, the facts indicate they were white. Which mean he's white too.

If Depp isn't Native, why hasn't he said so plainly? Because it would hurt his mystique...and more important, cost him money. He couldn't get street cred for following in Marlon Brando's footsteps, and couldn't play potential blockbuster roles like Tonto.

Some thoughts on Depp's flimsy claims and why he keeps them in circulation:

Disney Exploiting Confusion About Whether Depp Has Indian Blood 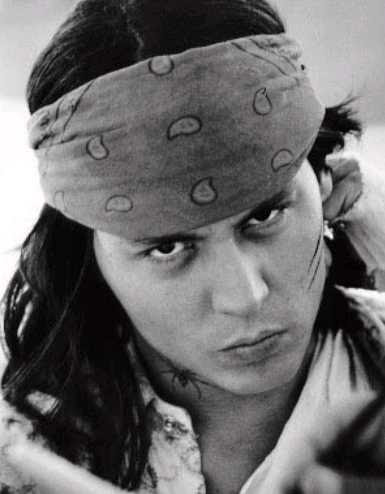