Playing Indian in The Red Road

The Red Road, a six-episode mini-series on the Sundance Channel, has received a lot of coverage in the media. I'm not sure why. Is it because Jason Momoa is a budding superstar? Because of the dark story material? Because Out of the Furnace, a movie about the same people, is mired in controversy?

A key issue here is who gets to play Indians. Momoa claims to have a little Indian blood, but his Native heritage is mostly Hawaiian. Actress Tamara Tunie also claims to have Indian blood, although DNA often disproves African Americans who say this. The same applies to Momoa's wife Lisa Bonet.

A few articles address these representational issues, which makes them more interesting than the usual plot summaries or reviews. Check them out:

The actor discusses Native American representation on TV, "Game of Thrones" and playing an unlikable character

By Neil DrummingExclusive Interview with THE RED ROAD’s Tamara Tunie

The actress talks her role in the Sundance series, plus being a Broadway producer

Jason Momoa on 'Red Road' Character: 'You Don't Know Who He Is Yet'

Comment:  Kiowa Gordon, Gary Farmer, and Zahn McClarnon are listed 5th, 8th, and 13th among the cast members on IMDB. It's unfortunate that a series about a tribe doesn't have more American Indian actors in more prominent roles. But I give the creators credit for researching the Ramapough and using some Native actors. They're probably done more than average in creating an authentic Native series.

The Red Road has received mixed reviews. I think the general impression was, "Nice try, but there's too much going on and the writing isn't good enough."

Most critics didn't assess the Native aspects. I think someone mentioned a Native character having "visions" of past events. But that could happen to anyone, so it's not particularly stereotypical.

I haven't seen The Red Road, so I can't weigh in. But Sonny Skyhawk had some choice comments about it on Facebook:T & TLR = Tonto and the Lone Ranger.

I'm not sure what Skyhawk objects to. But I haven't seen anyone criticize The Red Road for portraying Indians as sinners as well as saints.

It's like I've said about the Scalped comic book, and to a lesser degree about the Blackstone TV series. No one objects if you portray a realistic range of Native characters. With most of them being positive or neutral, as in real life.

We object when a movie, TV show, or comic book is unrealistically negative. When it makes life on the rez look much more lawless, corrupt, and depraved than it really is. Because that's a modern-day version of the classic "savage Indian" stereotype. These fictional Indians may not scalp people, torture them, or burn them at the stake, but they're still doing evil things beyond the pale of decency. 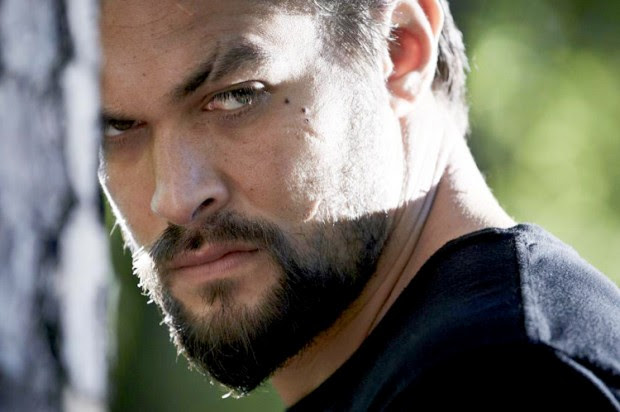