One Direction singer in a headdress

By Lucy Buckland'Cultural appropriation isn't nice, regardless of context': Harry Styles sparks a race row among One Direction FANS as he poses in Native American headpiece

Comment:  The main difference between this and the Christina Fallin controversy are 1) Styles or someone took down the photo in a couple of hours--as soon as people started criticizing it on Twitter. 2) Styles didn't offer a tone-deaf faux-pology trying to justify his actions. As Fallin's case proves, the "apology" is often worse than the offense.

For more on the subject, see Crystle Lightning in a Headdress and Why Hipster Headdresses Aren't Okay. 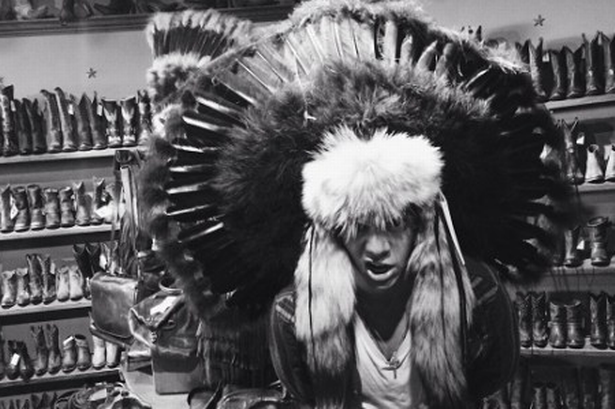