Results of the #NotYourTonto storm

No Oscar for redface–but is that progress? 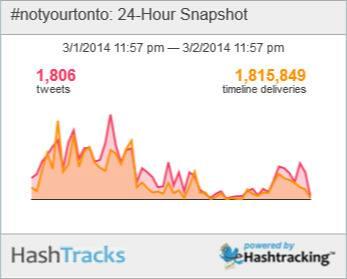 #NotYourTonto Sparked an Internet Backlash for All the Right Reasons

For more on the subject, see Faux Indians at the 2014 Oscars and Before the #NotYourTonto Storm.
Posted by Rob at 12:30 PM