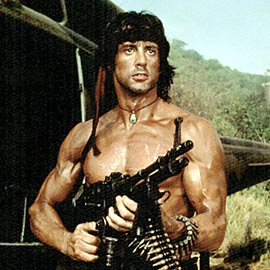 We finally have an answer to the title question from Laura:

In Rambo: First Blood Part II they state quite clearly that Rambo is part Native American, part German. And I quote, "That's quite a combination."