Raiders of the lost archaeology

Raids suggest a deeper network of looted artThe scope of the problem:

Archaeological artifact looting a 'chronic problem'Comment:  How typical that we don't care enough to devote the resources needed to preserve our cultural patrimony. Could that be because "we" (meaning the powers that be) see our cultural patrimony as consisting mainly of items such as the Declaration of Independence, the Liberty Bell, and the USS Constitution? I.e., the artifacts of Anglo-American history? 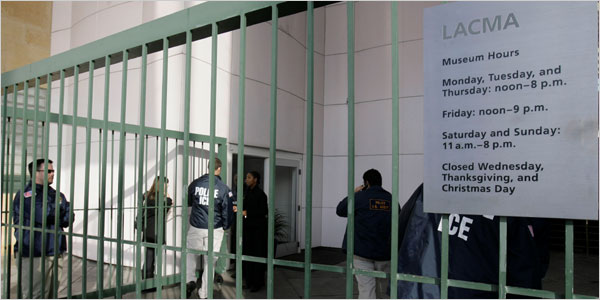