Means on the Inaugural Address

Obama Announces “Final Solution” to the “Indian Problem”Comment:  I think Means's first point is wrong. Obama wasn't trying to list all the major religions and then label everyone else a non-believer. He picked four of the world's major religions as examples. He probably said "Hindus" rather than "Buddhists" because the phrase "Jews and Hindus" has assonance. He included "non-believers" because they're a big group of Americans who never get a shout-out in speeches. No doubt he's aware of Confucianism, Taoism, Shintoism, Sikhism, Bahai, Zoroastrianism, Wicca, Native religions, and New Age spirituality among many other belief systems.

But still, Obama could've found a better way to phrase this passage. He could've guessed that someone might think he meant there are only five belief systems in the US. Obviously he wasn't presenting an all-inclusive list, but it's best not to leave these things for literalists to (mis)interpret.

Means's second point is more on the mark. Obama's comment about "tribe" (not "tribes") was insensitive at best. Few people are aware that there are tribes in places such as Iraq, Afghanistan, and Pakistan. If you gave Americans a word association test, I'm guessing about 95% would respond "Indian" to the word "tribe." America's Indian nations are the most famous political groups known as "tribes." 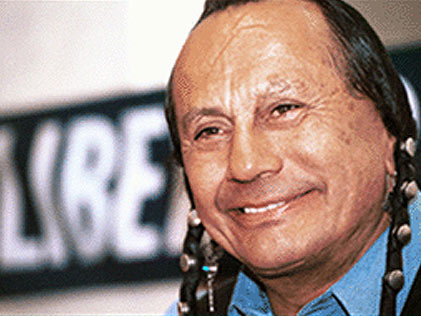 And if he did indeeed include very fake religions like Wicca and "New Age", he could have included Scientology and the Jedi too.

I doubt Wiccans or New Agers would agree that their religions are "fake." Whether a religion is real or not often depends on whether you're a believer or not.

Native religions also get classified as "fake"--i.e., as mere variants of spirituality or philosophy--when it comes to government decisions. For example, see the court ruling on Arizona's Snow Bowl.