Dan Piraro at the Eiteljorg

Museum explores Western and Native portrayals in comicsComment:  Dan Piraro's Bizarro often features cowboys and Indians. Unfortunately, his Indians are often stereotypical. When I was reading the daily comic strips, I found something like 20 examples of Native stereotyping.

For more on the subject, see 2009 Eiteljorg Comics Event.

Below:  A typical example of Piraro's work. Note the Plains teepees and chief in the so-called "Mohawk village." 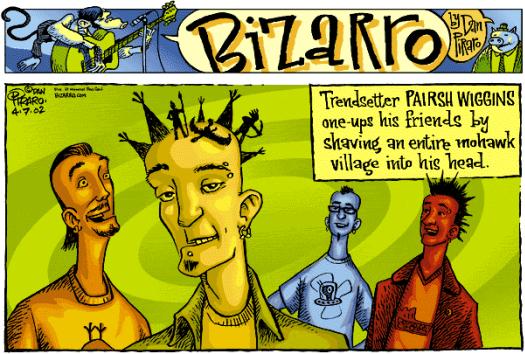