Opposing them is Thorpe's grandson Michael Koehler, who takes the position of Thorpe's three daughters and the Borough of Jim Thorpe, which wants to keep the body. Thorpe's grandson explains the differing positions taken by Thorpe's sons and daughters:Comment:  Haven't heard NAGPRA used as a reason to disinter and move modern Indian remains. Could be an interesting case if it ever makes it to court. 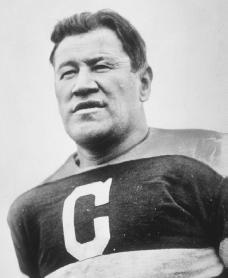