By Shawndrea CorbinComment:  Thanks to Gover for saying what's obvious to some of us. Namely, that Avatar and New Moon aren't the remedy for Pocahontas and Peter Pan. That all these films fill impressionable children with half-truths or lies. That movies are a primary source for the Native stereotypes in our culture.

For more on the subject, see Modern Indians Anger Museum Goers and The Best Indian Movies.

Below:  "Rescue me from my primitive magical life, noble white man!" 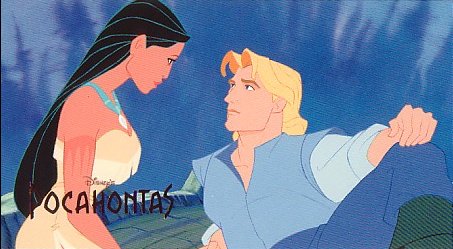