By Christine McConvilleComment:  "I'm shocked," said Salazar after the tour. "It's just a big ol' empty ocean. There are no cliff dwellings or burial mounds. I didn't even see any pottery sherds or arrowheads."

Salazar took several years' worth of food and clothing on the cruise with him. "The dangers of three-hour tours are well known," he told reporters. "One minute you're putt-putting around the harbor, the next you're shipwrecked on a desert island thousands of miles away." 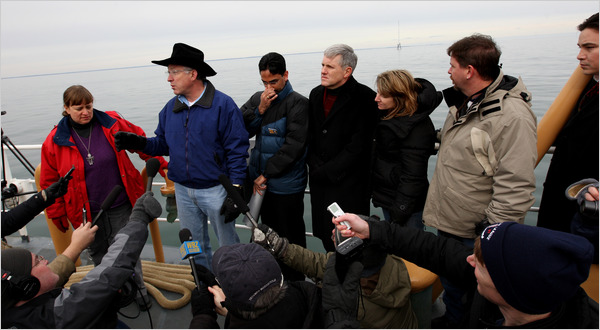 It's "the millionaire and his wife" that are the problem. No doubt they will try to move this to some place that doesn't block religiously-significant views, and has happened before, some rich people will object because it can be seen from their mansions.