Tales of an Urban Indian reviewed

By Penny OrloffComment:  For more on the subject, see Native Plays and Other Stage Shows.

Below:  "Darrell Dennis performs Tales of an Urban Indian at Native Voices at the Autry." (Tony Dontscheff for Silvia Mautner Photography) 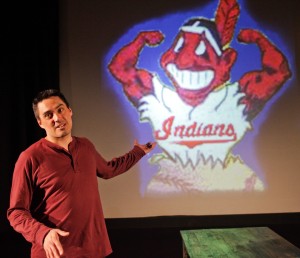