I was wondering where David Yeagley has been the last couple years. Here's a possible answer.

I'm told Yeagley the Indian apple is suing his Native critics for calling him a non-Indian. Apparently he was fired from his writing and speaking gigs and is lashing out.

I gather he's also suing universities, literary presses, websites, and ISPs. Basically anyone who may have published or posted a defamatory statement about him.

My informants were a bit surprised Yeagley hasn't targeted me. I've certainly criticized him enough, so I hope he doesn't come after me. But I'm not sure I ever explicitly labeled him a non-Indian. If he's enrolled in the Comanche tribe, he has a legitimate claim to be called an Indian, even if he has little or no Indian blood.

Of course, I have called him an apple, an alleged Indian, a pseudo-Indian, and the likee. Not to mention a moron, a nutcase, and a racist. That seems like more than enough to earn his enmity.

Last time someone threatened to sue me, I kicked his butt all over the map. He didn't carry out his threat, which was clearly a bluff. I trust Yeagley will be smarter than that loudmouth was.

Someone on Facebook added a little perspective:You're probably right, but he could've found some right-wing lawyers to help him. I think he's served papers on someone already, so it may be more than talk this time. Or not. 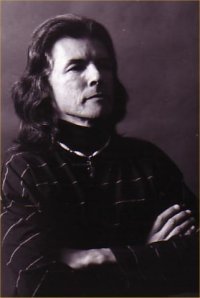 Here's Yeagley's latest paean to the white male--from March 31, 2010. Note that he considers people of color "darkies" and strong women "guy gals." In other words, he's a racist and sexist by his own words.

These self-destructive types are delighted to use every darkie in the world to validate their white self-flagellation, their ritualistic politics of self-condemnation.

Sarah Palin, the "guy" gal in conservative politics. Is this what the white race offers up for consumption now? White women?

The white man, who has mightily defeated all other races in the world, is terrified of the mere word "racist."