The measure, which bans distribution of tobacco products via U.S. Mail, will result in the loss of some 3,000 jobs in Western New York tied to the Seneca tobacco industryComment:  Needless to say, the situation is more complex than Snyder makes it out to be. The US and New York state governments interpret the Seneca treaties differently. I believe the courts have upheld the federal and state position.

Which doesn't mean Obama had to sign the legislation. No, he could've said, "I think this bill infringes on Seneca treaty rights. I'm going to veto it no matter how popular it is." (It passed in the US House 387-25.)

I haven't seen or heard a lot of Native support for the Seneca position. Most tribes don't know much about New York history and don't have their own tobacco businesses to protect. I doubt Indians will start turning against Obama because of this.

But it's an example of what I've said before: that I doubt Obama will take a strong pro-Indian position against the interests of the non-Indian majority. Sure, he's increased spending for Indian programs and settled the Cobell trust case, but these aren't issues with strong opposition. Here's a situation where he could've supported Indians against the popular will, but didn't.

For more on the subject, see Obama Breaks Promise to Indians and Obama's Invisible Apology. 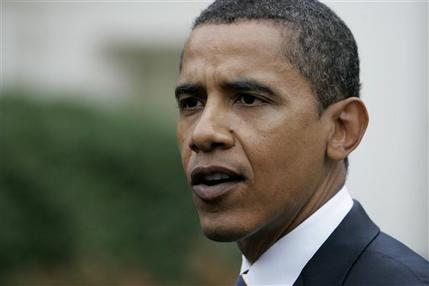