By John KleinComment:  This honor seems a little silly to me. Wrestling teaches "values like self-reliance and determination"...and so do most other human activities. Is there a Homework Hall of Fame for kids who did their homework and went on to become "leaders in politics, business and entertainment"? How about a Paper Carrier or Babysitting Hall of Fame? A Take Care of Your Pets Hall of Fame? 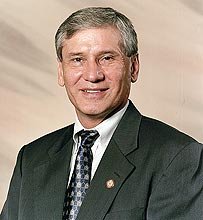