Blogger Adrienne Keene talks about hipster headdresses and other examples of cultural (mis)appropriation on Al Jazeera. This posting notes the controversy and includes several pics of hipsters in headdresses. The first quote below is from Keene:

Don't Trend on My Culture

Is the use of Native American designs in mainstream fashion a sign of progress or cultural insensitivity?The posting also quotes the My Culture Is Not a Trend blog:Comment:  The cartoon below, which Al Jazeera also posted, sums up the problem. 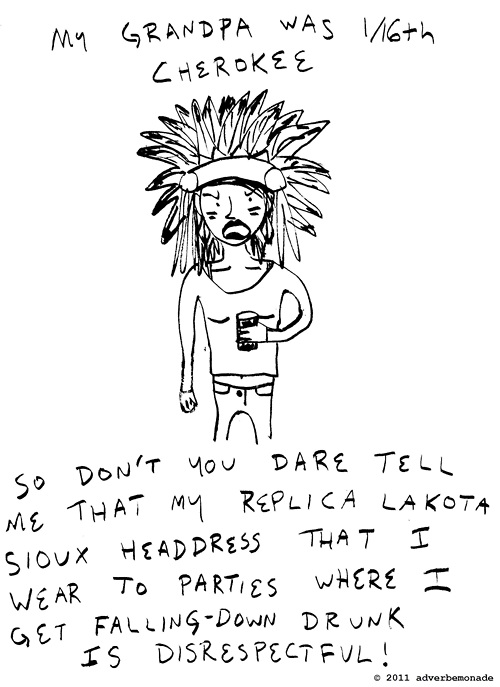