By Hank StueverAnd:Comment:  One slight problem with this: Queequeg wasn't an Indian. As Wikipedia notes:I don't know if the TV show or writer Stuever made the error. I'm guessing it was Stuever. He saw a savage cannibal and assumed it was an Indian.

On the other hand, the character Tashtego is really an Indian. He's played by Billy Merasty, a Canadian Native, in this movie. Nice of Encore to use two Native actors rather than none.

For more on the subject, see Raoul Trujillo as Queequeg. 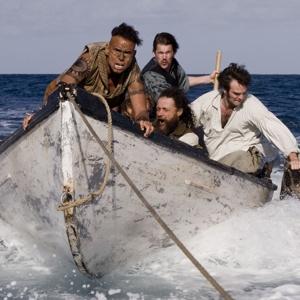