Blogger Stephen Bridenstine recently visited Ireland. His findings seem to confirm that no one in Ireland knows anything about Indians.

Going Native in Ireland Part I 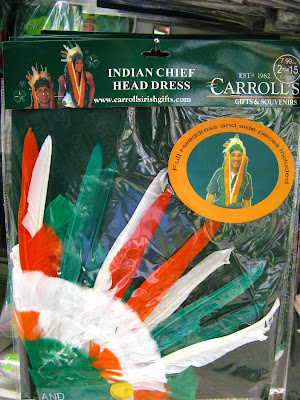 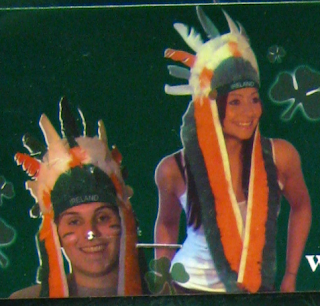 This isn't something unique to Ireland, of course. People in the US wear the same stupid headdresses for the same ignorant reasons. Whether they realize it or not, whether they intend it or not, both groups of people are racists.

If our own American citizen brethren here in the US of America do not even know about the indigenous people before them, why do we expect nations and people around the globe to have a grasp at any knowledge of Native America?

Most countries around the globe and even many within our own hemisphere share the stereotypes and absent knowledge about American Indians, just ask our returning soldiers in the armed forces about what Middle Eastern, Asian and European people really know about Native America and you will find that major American networks and media corporations have succeeded in fueling racism and ignorance abroad.

It is a part of the continued genocide Americans keep alive. You kill a culture by re-inventing it with your own supremacist versions. American history books are the initial interpretations all American kids get, so I call this, "acceptable ignorance".

We must educate here before we can educate anywhere else.