An excerpt from Steve Russell’s new book, Sequoyah Rising:And:Comment:  I reported on Red Shirt's column when she wrote it in December 2002. I included the responses of Kevin Gover, Steve Russell, and others. As you can see for yourself, they're still right and she's still wrong. 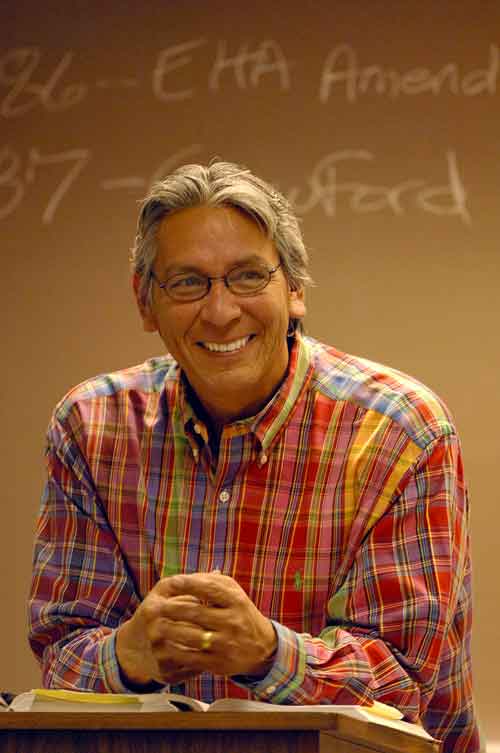 I first thought this was about Wambli Sina Win, which is Lakota for Woman Who Uses Online Name Generator.

Actually, I don't even call myself "Indian" even if I am a full blooded Native American, an enrolled member of the Crow Tribe. As a matter of fact, "Indians" are an ethnic group of people originated in the country of India. And certainly I'm not from India.

In fact, what I find offensive is why we are called "Indians" when we are in fact Native people as in Indigenous. Why do these supposed "Indians" prefer to be called by a racist mistaken misonmer given to us by some tyrannical mass murderer who discovered the Americas in circa 1492????

Unless of course, Connecticut is talking about people from India. The term "Indian" all by it's itty-bitty self does not become clear on the basis of its own defination.

I've addressed the issue of what Indians call themselves many times. For instance, in:

Short answer: "Indian" is the term most Indians prefer.