Another non-Native to play Jacob?

Lautner 'Fighting For Role' In New MoonComment:  Leading candidate Copon is half white and half Filipino. Does he come from an indigenous Filipino tribe? Are all Filipinos "indigenous" because they have brown skin? Does that make him close enough to an American Indian to satisfy critics?

It's amazing how stupid Hollywood is being about this. Copon resembles Lautner enough to be his older brother. His only advantage is that he doesn't have a cute button nose that makes him look like a girl.

Do Twilight's producers really think any brown-skinned pretty boy is equivalent to a Native? Would they cast Lautner or Copon to star in a biopic of Michael Jordan or Bruce Lee? How is it that Natives are the only ethnic group where authenticity doesn't matter?

And what's up with the firing of Lautner? Were his thespian abilities not up to snuff? Did he act unprofessionally on the set? Did someone decide he was too cute to play a werewolf? How did the producers not discover his flaws, whatever they were, before choosing him to star in a potential billion-dollar franchise?

These people spent a couple of years planning and executing Twilight. They spent perhaps $100 million to make and market it. But after all this--after the movie has played in theaters a month--now they realize they miscast one of the key roles? Has anyone on the Twilight team heard of auditions, rehearsals, focus groups, or test screenings?

If Twilight's producers had been around in 1940, I can just imagine their casting Laurence Olivier in Gone with the Wind or Bette Davis in The Wizard of Oz. "Oops, we made a mistake," they would've said after the movies debuted to criticism. "Maybe we should've gone with a rogue for Rhett Butler and a singer for Dorothy." 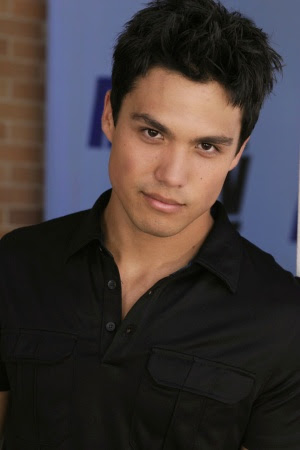 95% of the fans don't care if a Native plays Jacob, they just want him to be tall and hot. Their dream guy is Steven Strait an Italian American. Basically any brunette will do. Love their racial sensitivity. It is obvious that Summit is not even looking for a Native actor, a short google search would lead to Eddie Spears or Takola but that would be too much effort.

I guess Googling takes too much effort for them.

I don't know if this is really the case, but I read somewhere that Lautner is too short for the upcoming movie. In the book series, Jacob grows really tall, at a fairly fast pace.

Personally, the Jacob I had pictured in my mind looked more like the two young men that was mentioned in the above comments. Especially Eddie Spears, he's much more what I imagined while reading the books.

....The same Ben Barnes playing a fake Spaniard in the Narnia movie? Who was not an evil Spaniard, but on the side of the good-guy English, just happening to be an English actor playing a Spaniard?? Yeahhhhh. Totally not surprised.

I am ashamed to admit I've also watched Scorpion King 2. Copon's "cute" enough, and does look a lot like Lautner, but Barnes has better hair and the whole whitewashed appeal.

At this point, I really couldn't care less, because with Twilight, no one wins. The saddest thing is that I recently read the first "Twilight" book to see if it's as mind-scathingly terrible as everyone says it is, and in a lot of ways it's worse than I anticipated. The race issues are definitely on the top 10 list of "reasons Gena hates Stephanie Meyer."

I would not call Telmarines "Spaniards" at all, any more than I would call Mexicans "Spaniards". At the time of Prince Caspian, Spain is in the distant past of the Telmarines.... more than 1500 years ago. That is a long time in which to diverge. Consider the people and culture of Rome if you compare 300 AD to 1800 AD (1500 years later). Big difference, and that is just people staying in one place.

From the start, the first Telmarines were half-Spanish, half-Polynesian. Not only that, as time goes on Telmarines have some intermarriage/etc with "indiginous" Narnian humans, and even non-humans such as dwarfs.

Ethnically, Ben Barnes probably has much more in common with the people of Spain than the "modern" Telmarines of Narnia have with Spanish pirate ancestors of 1500+ years before.

Back to the topic, I find Barnes as any sort of Native to be rather laughable.

This Twilight fan is part of the 5% who cares wholeheartedly that Jacob Black be an actual Native American and not a so-called "look alike" who fails even at that. I can't stand that Taylor LAutner, who isn't any of Jacob's characteristics, has been cast to play the role. Eddie Spears is the quintessential Jacob Black and Tokala Clifford would have made a great Paul. Unfortunately, every exception to Jacob's character in the books has been made in order to caste Taylor. I know Summit would not have been so flexible with ethnicity or race when it came to casting Edward or Bella's character.

If there is anybody who doesn't know Lautner is continuing his role as Jacob in the upcoming film New Moon, well here's the scoop:

Funny how that last part means he is a Native...

Wrong, Dee. Having a small amount of Native "blood" does not make you Native. If it did, tens of millions of people could claim to be Native.