By Cara Cowan Watts
Tribal CouncilorComment:  For more on who's a Cherokee, see:

For more on the broader question of who's an Indian, see: 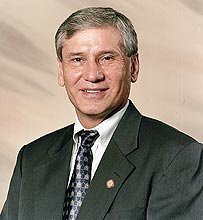 Pun intended when I say this--but seriously, I think it really sucks being "Cherokee" these days. Don't get me wrong, since I am an American Indian myself. I cannot count the endless confrontation of individuals during my 30 years of life on this planet, who have claimed to be Cherokee indian to some degree. Most of these folks are white people, a few are African-American. But as a Native, its really trite and tiresome to hear the same claims that I no longer bother striking up conversations with these wannabes who are making such claims. Its just the same old boring story we hear over and over again. Which is why I say it kinda sucks being "Cherokee". If the 3 federally recognized tribes/nations would do more to denounce fraudulent tribes and individuals. In a much heated debate about illegal immigration, we too as Natives should be tough on those who want to be indian.

Being indian isn't for everybody. Its a special and unique privledge that flows in the bloodline of more than 1/4th and better. Also only a few can indian by generous longtime association such as being adopted by a tribal family et cetera.....

I thought that the actual, legitimate Cherokee Nation did not require this actual percentage, but instead required actual Indian ancestry?

"Pun intended when I say this--but seriously, I think it really sucks being "Cherokee" these days."

No doubt, having people who are either pure white or pure black come up to you and start yammering about an 'authentic indian ritual' that their cherokee princess great great great great great great grandma taught them in a dream must a be reaaaaal drag. I kinda have a morbid fascination with these wannabe Indian losers, morons with identity issues can be oddly interesting....

Stephen: But "Dreaming Eagle" or "Peace Wolf" must be an authentic Indian. Because he learned his "true heritage" in a vision he had after reading a book he bought in a New Age bookstore.