"Indian" and "tribe" are misnomers

By Julianne JenningsAnd:And:Comment:  I think everyone agrees we should call Indians by their tribal affiliation whenever possible. But everyone also agrees that we need a collective name for the original inhabitants of the Americas.

Without such a name, we'd have no way of talking about the collective past, present, and future of these people. For instance, try describing the significance of the phrase "The only good Indian is a dead Indian" without using the word "Indian."

So we need a collective term for these people. The alternatives commonly used include Indians, Native Americans, First Americans, First Nations, Aboriginals, and Amerindians. You can find problems with all these terms, but Indians (including Russell Means) have settled on the term "Indian." It's by far the most common term used in Indian country.

Jennings is correct that "Indian" isn't a distinct racial category. It's more of an indistinct ethnic category with racial and cultural attributes. As we've seen, the dividing line between Indian and non-Indian often isn't clear. But at the core, Indians have a set of traits and beliefs that set them apart from non-Indians.

As for "tribe" vs. "nation," the main difference may be size. Tribes were small enough that people could have kinship ties with each other. The larger nations relied on less personal bonds such as a common language, culture, or history.

But now Indians tend to use "nation" in official or political circumstances and "tribe" in social or personal ones. It's become something like the distinction between "Indian" and "Native American." People will refer to "Native Americans" and "nations" formally and "Indians" and "tribes" informally.

For more on the subject, see "Actual Indian" Defined and "American Indian" vs. "Native American." 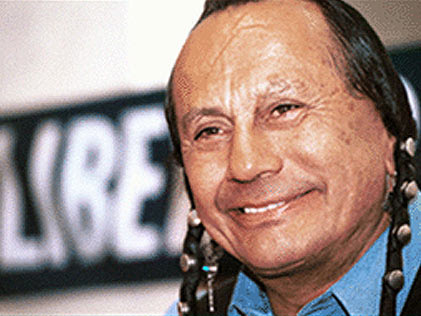 I have heard the words 'tribe' and 'nation' used together, such as tribal nation. I feel there are more pressing matters and issues that Native America and Indian Country must face -- more important than what we call ourselves or how others refer to us. There are far more racist terms that can be used. Historically, I think the term 'hispanic' was created by the census board and is not culturally based terminology. So, whether I call myself Indian, Native American, Chickasaw or Mutt, I am part of a proud heritage no matter what you call us.

As long as Indians call themselves Indians, and their sovereigh nations and other government entities refer to themselves as tribes or tribal, you'll have a hard time convincing anyone it's racist.