The latest on the Hualapai tribe's Skywalk, which I've covered over the years:

Below:  "Empty: What is not in dispute is that a visitors' centre overlooking the Skywalk--a beautiful building on the edge of the canyon with floor-to-ceiling windows where a restaurant might have been--is nothing but a shell." 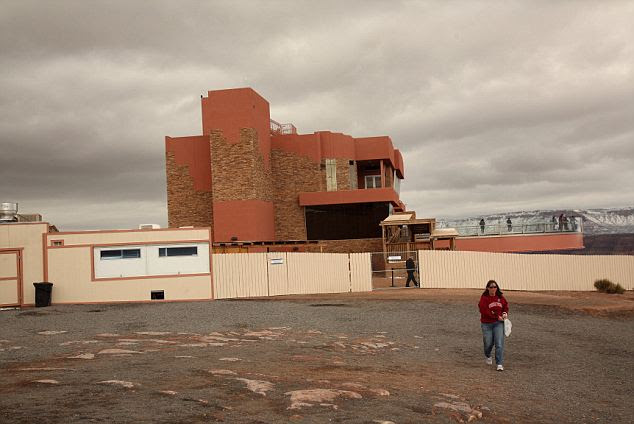