By Lylah M. AlphonseSo McNairy "apologized" to those who, unlike him, didn't sleep through school and actually know what the words mean. Thanks for nothing, pal.

Some tweets responded to McNairy's semi-apology:My snarky addition to the pile-on was this:For more on the subject, see Gap Removes "Manifest Destiny" T-Shirt and McNairy "Hurt" by T-Shirt Criticism. 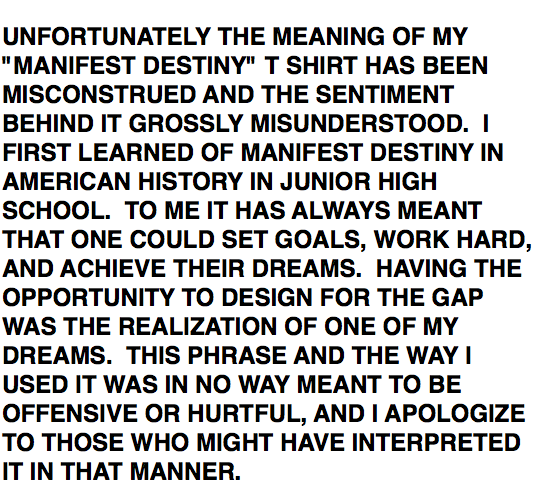