By Laura McCallisterMore on the statue: 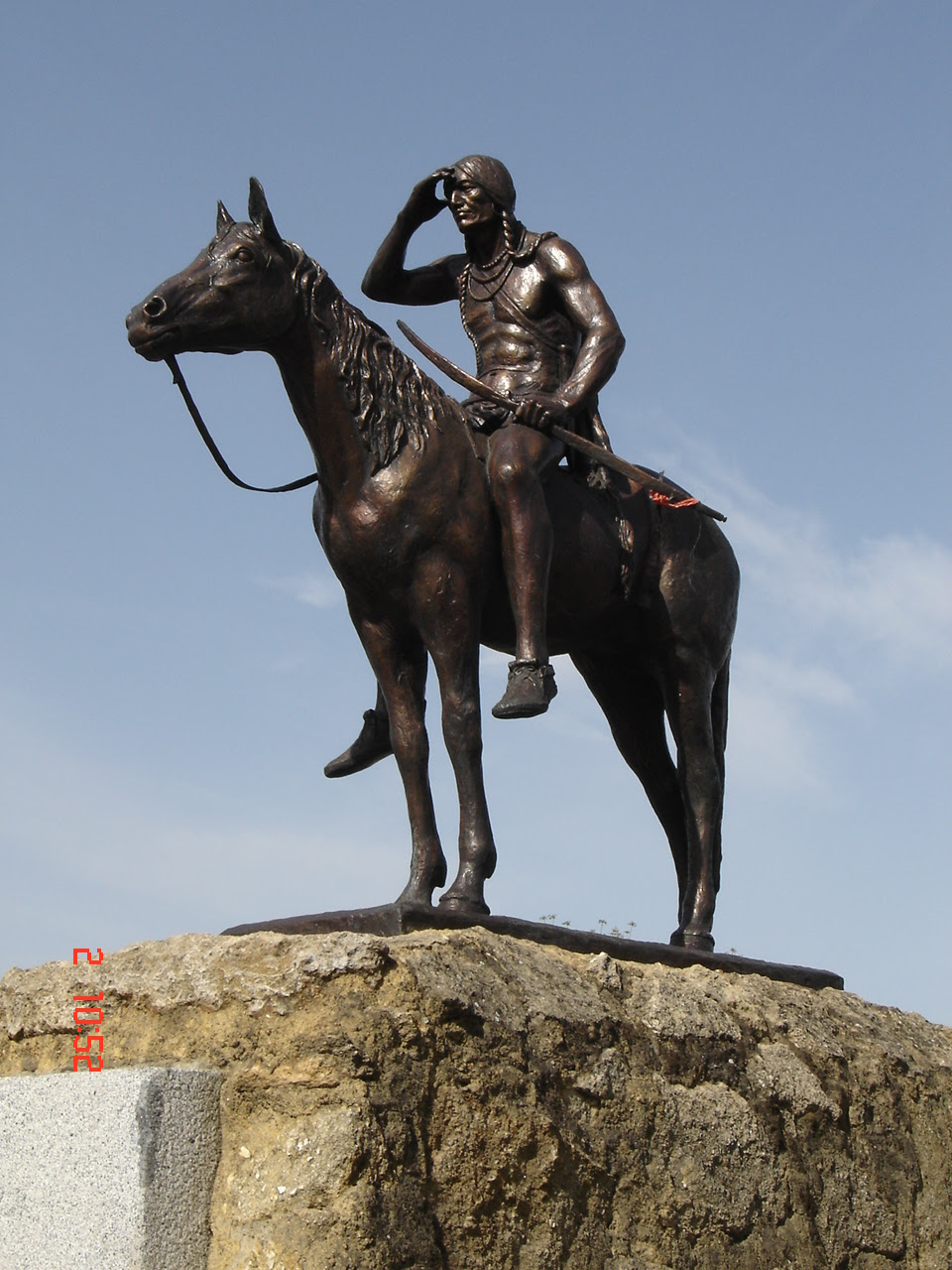 Comment:  Before we even get to the billboard, The Scout has a few problems:

3) The Indian is half-naked, which he might be in summer, but not in winter. Portraying him this way emphasizes his savagery--how different he is from "us," who wear clothes all the time.

4) The Scout resembles another Indian sculpted by Cyrus Dallin: Massasoit. Indeed, it could be the same Indian. A Sioux scout shouldn't resemble a Wampanoag chief.

On to the billboard. The shooting image implies that the Indian is anonymous, an enemy, someone who's less than human and deserves what he gets. Would anyone raise a billboard showing a cowboy shooting a black man? Then why is it considered acceptable to depict shooting an Indian?

Answer: Because Indians hold a unique place in our national mythology as "the other." They're our arch-nemesis: the human "wolves" we tamed to "found" America. As with Elmer Fudd or Wile E. Coyote, they exist only to provide sport for us--or so we think. We can imitate, mock, and insult because we consider them cardboard characters from history, not real people. 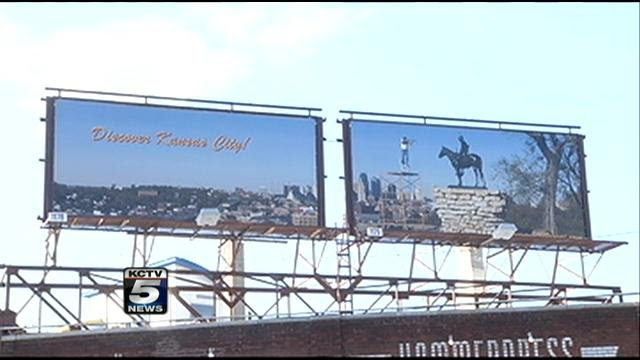