A report about the Toronto International Film Festival (TIFF):

Below:  "Jeff Barnaby, left, will be one of several aborignal filmmakers screening films at this year's Toronto Film festival. He will be debuting his feature Rhymes for Young Ghouls, which stars Kawennahere Devery Jacobs, right." (Galit Rodan/Canadian Press) 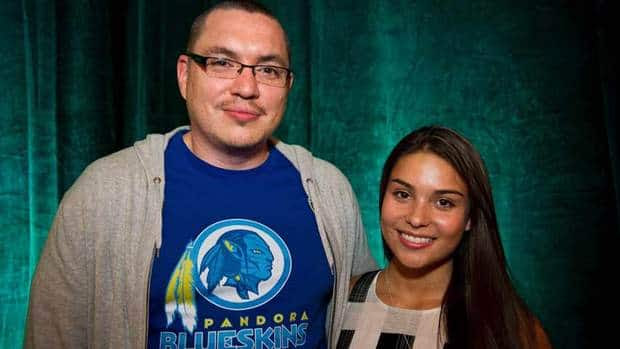