HOKA! Coffee is a-brewing on the Rez

Below:  "Sharice Davids poses in front of her booth at the Oglala Nation Pow wow." 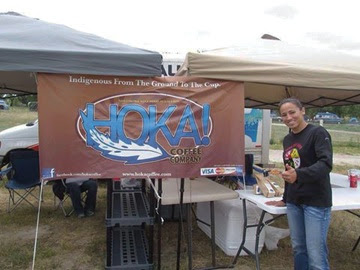