The Last American Indian on Earth

By Katherine BrooksComment:  In a video, Deal questions a black man who made a "yi-yi-yi" sound when he saw Deal. The man says he can't be a racist because the Washington Redskins are his team. *headdesk*

Another Native artist else did something similar to this, I think. He stood somewhere, alternated between traditional and modern clothes, and observed how people posed with him for pictures. Inevitably they wanted to pose with the traditional Indian, not the modern one. 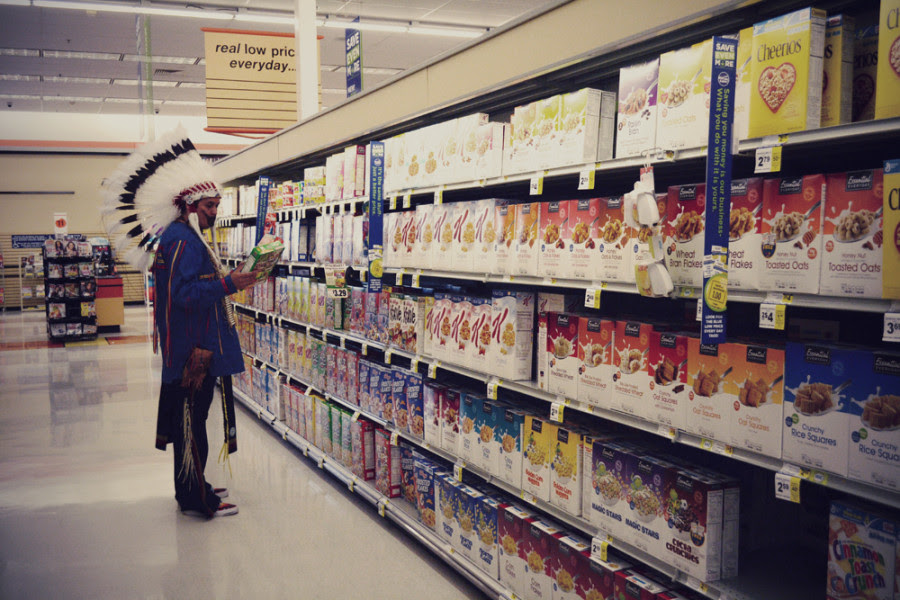