I think I've posted an origin of "Indian giver" before. It comes up whenever someone uses the phrase.

But I can't find a posting dedicated to the origin, so here's one. It claims the phrase goes back to Lewis and Clark:

The History Behind The Phrase 'Don't Be An Indian Giver'

By Lakshmi GandhiComment:  I've read various explanations of "Indian giver" before. Including one claim that it referred to the white man's penchant for making and breaking deals.

But the above explanation may be the most common one. I don't know if most people think it began with Lewis and Clark, but most think it refers to a misunderstanding of Native customs. 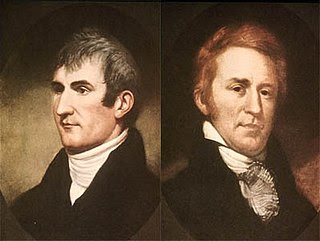 What or Who Is an Indian Giver? A History of the Offensive Term