In the 2005 film Transamerica, Felicity Huffman plays Bree, a woman who was a man before undergoing treatments. Based on her college anthropology, Bree tells her son how Native Americans such as the Zuni accepted and honored transgendered people. They were known as berdaches or two-spirit people.

A website offers lots of quotes on the subject. A definition:Their roles in Native societies:The Zuni case:In the movie, Graham Greene plays Calvin Many Goats, a rancher who gives Bree and her son a ride. Significantly, he says he's part Navajo but had a great-grandparent who was Zuni--both tribes that recognize the two-spirit person. He and Bree are attracted to each other from the beginning. Judging by his comments, we suspect he'll accept her regardless of her hidden past.

Incidentally, Transamerica has little of the "freakishness" you might expect in a transgender movie. It's really about relationships--people bonding on a road trip. And everyone in it did a great job. Huffman deserved an Oscar for her performance more than Reese Witherspoon did. 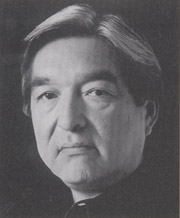