I just came across a 2005 graphic novel on Geronimo. I looked it over in my local shop but didn't get it. The following review by Jim Witt reflects my views on it.As Witt indicates, it's more of a poetic ode to Geronimo than a story about his life. Witt's rating of 2.5/5 seems about right to me. To buy a copy, go to Geronimo:  The Last Apache Warrior. 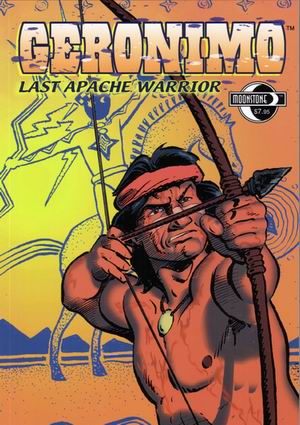