I forgot to mention the big news in TV land. On Tuesday Adam Beach debuted as a regular on Law & Order: SVU. As you'll recall, he plays Chester Lake, a Brooklyn detective assigned to the Special Victims Unit. In this episode, he filled in for Detective Munch, who was temporarily promoted to commander.

Beach was billed sixth in the credits and played only a minor part, which is understandable since he's the new guy. He didn't do anything to distinguish himself as an Indian, which is probably good. Apparently the show isn't going to make a big deal of his ethnicity.

But it's a big deal for Native actors. As I said a few months ago, this is the first starring role for a Native on American TV since...I don't know when. Perhaps since the heyday of the small-screen Western and faithful Indian companions such as Tonto and Mingo.

Incidentally, last year I noted that Lake used the phrase "he's in the wind" and said it sounded Indian. Since then I've heard several cop characters use the phrase. I guess it's fairly commonplace among police officers, at least on TV. 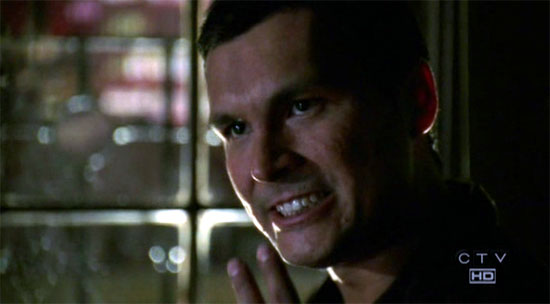