Ryan Huna Smith at the Smoki

New Museum Director Shares Art of Comic BooksRyan's philosophy and history:Comment:  Actually, the members of Tribal Force were two Lakotas, an Apache, and a Navajo. Which isn't as diverse as it could be, especially since these tribes are commonplace in comics.

Ryan is an infrequent correspondent, but now that he's at the Smoki Museum, I know where to find him. I'm hoping he'll do some art for the PEACE PARTY graphic novel. 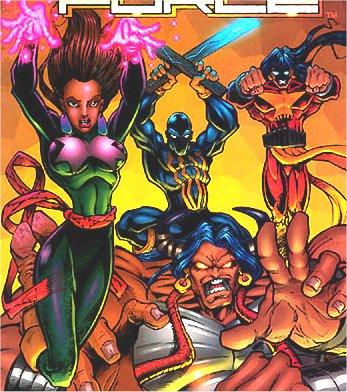