Correspondent DMarks reviews one of Jackie Chan's early martial-arts movies for his readers:

Fantasy Mission ForceComment:  For more on the subject, see The Best Indian Movies. 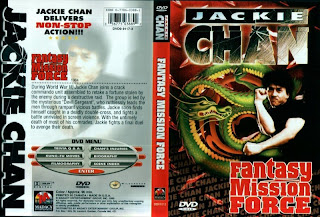 I also just re-watched "Rumble in the Bronx", and one of the gang members has a sort of Native look, with headband and buckskin jacket. As he was constantly being punched and thrown around, I did not get a good look at his face to see what ethnicity he was.