Tribes of Amazon Find an Ally Out of ‘Avatar’

By Alexei BarrionuevoComment:  For more on the subject, see Cameron Criticizes Hydroelectric Dam and Indigenous Themes in Avatar.

Below:  "The director James Cameron backs efforts to halt the building of a dam in Brazil." (André Vieira for The New York Times) 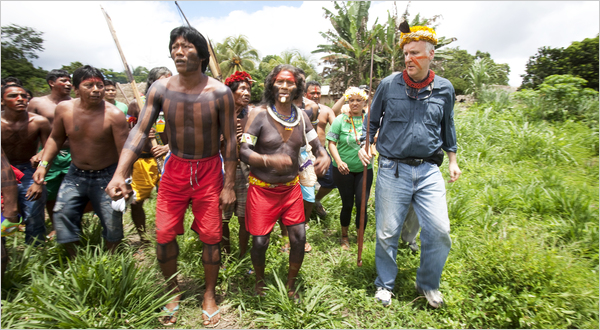