Iroquois team bows out of tournament

By Thomas KaplanWhat the fight was about, again:And:Comment:   How about if we forbid any British citizens from entering the US until they prove they've upheld all their Haudenosaunee treaties? That'll teach 'em.

I get a sense that Indian country will be treating these lacrosse players as heroes. That's some compensation for missing the tournament. 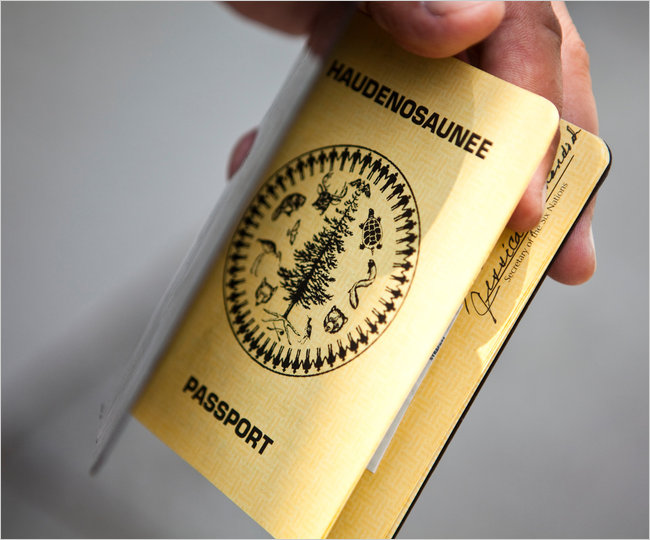