The recent controversy over Pastor Terry Jones's plan to burn a Qur'an (Koran) prompted this series of postings on Facebook:

In a bold move, Obama actually comes out against something:

We Didn't Start the Fire Obama comes out against book burning. In a surprising twist, 10,000 conservatives now say they favor book burning. "Since Obama is a Muslim terrorist," they said, "Pastor Jones must be doing something right."

Alas, Ayatollah Jones chickened out and crawled back under his rock. I guess his faith wasn't quite as strong as that of his foes. "Follow my way," I think Jesus said in the Bible, "unless it causes too much negative publicity."

"Yay for quitters!" Sarah Palin tweeted to her followers. "If I ever finished a book, I'd burn it too!"

Glenn Beck immediately announced that he would retitle his "Book Burners for Christ" rally. Now he's calling it "Restoring Courage for Christian Cowards."

In related news, the Ku Klux Klan is threatening to sue Ayatollah Jones, Glenn Beck, and Book Burners for Christ. "Burning things in the name of Christ is our thing, not theirs," said the Grand Dragon, who added that he supports neo-Nazis, Christian militias, and the Tea Party movement.

Meanwhile, having failed to ignite a worldwide conflagration, the "pastor" is seeking to trademark the name "Ayatollah Jones" and shop it to Hollywood. Jones's agent says Jones envisions a whole series of Christian-themed movies starring him as a globe-trotting adventurer. Unlike archaeologist Indiana Jones, however, Ayatollah Jones will burn the holy texts and destroy the holy sites of each Satanic culture he visits.

"First we'll take out the Muslims," said Jones in a prepared statement. "Then the Jews and other heathens." Studio executives say Ayatollah Jones has the potential to rival The Passion of the Christ as a hit among conservative Christians. Jones's agent is already touting Mel Gibson to play the book-burning barnstormer.

On a serious note

It would be interesting to analyze what role social media played in this controversy. I mean, think of the negative publicity this stunt received.

Below:  Mel Gibson as Ayatollah Jones. 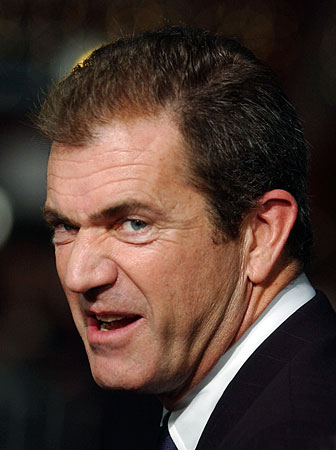 In Russia government make media say what they want - even if lie.

In USA "mainstream media" try make government what they want - even if lie..

Old Russian saying You can tell same lie 1000 time but not change truth!

In Soviet Russia, news watch you!!!