Review of Some New Kind of Slaughter

Here's another book I read recently: a graphic novel about flood mythology:

By Ed SizemoreComment:  I met A. David Lewis years ago. He was an early supporter of PEACE PARTY. I appreciate his interest in cultures around the world.

Two of the book's mythological snippets involve Amazon Indians and North American Indians (Menominees, according to the forward). Others are set in Africa, India, and Australia.

I thought Some New Kind of Slaughter was decent, but I wasn't bowled over like reviewer Greg Burgas was. I tend to agree with the criticisms above. Other problems:

1) The storytelling is oblique, impressionistic, and dreamlike, whereas I prefer straight narratives. If I don't understand what's going on, I generally don't like it.

2) I would've been more impressed if Lewis and Mann had given equal weight to a dozen or so myths. And woven them into a seamless tapestry. The stories they chose to emphasize weren't necessarily the most compelling ones. Even with the nonstandard version of Noah's tale, for instance, we kind of know how it's going to end. 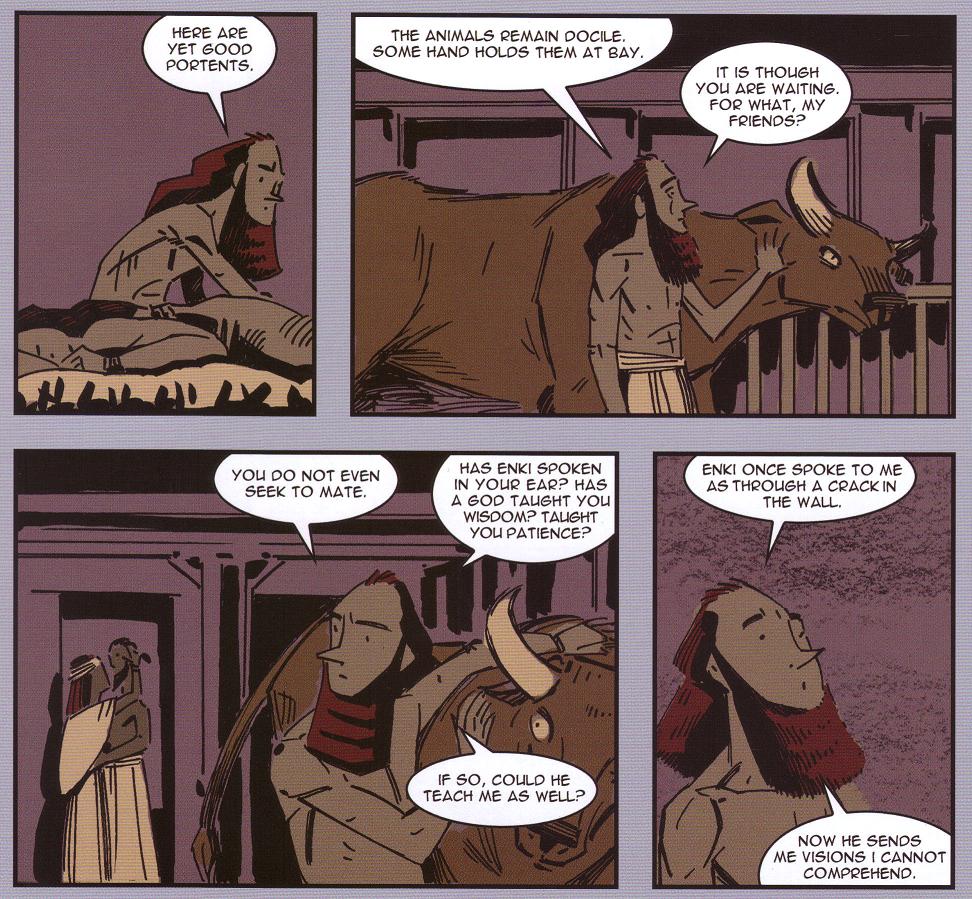 The cartoonish style works well enough, but I wouldn't call it "perfect." I think other artists could've done the job too. The art is lovely in some places but ordinary in others (such as this page).

Among the things I liked were Lewis's telling of the myths in modern vernacular--no stilted "ancient" speech. And his overall point that we tell myths and other stories to make sense of the world. The ending was reminiscent of a SANDMAN comic, emphasizing the power of storytelling, and that's always good.

Overall, I'd say Some New Kind of Slaughter is an interesting experiment that only partly succeeds. As Sizemore notes, it's a good introduction to flood myths around the world. But I wouldn't recommend it unless you're intrigued by the subject.

For more on the subject, see Comic Books Featuring Indians.
Posted by Rob at 11:19 AM

It is interesting he did not weigh in more North American tribes versions and well-regarded stories about the "great flood" and only singled out one tribe?