Stephen Bridenstine provides an overview of the Civilization series of video games in his Drawing on Indians blog:

You can read Stephen's posting at the source, so I'll just quote some highlights:The four Native civilizations in Civilization III are the Aztecs, Iroquois, Mayans, and Incans. Since the Maya and Aztec civilizations overlap, I would've included someone else rather than the Maya. Perhaps the Comanche, whose "empire" has received a lot of press recently.

Possibly the worst blunder in Civilization III, according to Stephen:The Aztecs are represented by a Jaguar warrior. No word on whether they practice the little-known "Aztec martial art" of yaomachtia. Perhaps they get woodland hunting and tracking skills to make up for the Iroquois's horse-riding abilities. 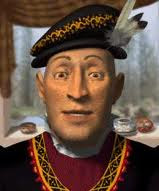 Stephen continues:There's also a spinoff version called Civilization IV: Colonization, which I reported on before. Here's Stephen's take on it:Finally, there's Civilization V:Comment:  Thanks for the roundup on the Civilization series, Stephen. Fans of Newspaper Rock should check out his Drawing on Indians blog for more news and reviews.

Below:  Screenshot from Civilization III. 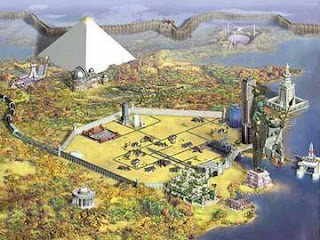 Thanks for the add.

I don't think I really did the modding community justice in the original article. Literally hundreds if not thousands of add-ons and modifications have been created for each Civilization game. They do everything from add in new civilizations to balance the game to make it more realistic.

For an interesting read, check out these two forum discussions about Native American mods

I appreciate their efforts at correcting the flaws in the original game but I also can't help but wonder if these modders aren't just 21st century electronic Indian hobbyists. I guess it all depends on the final product. (And how do I know the modders couldn't be Native themselves?)