150 years of blaming the victim

The idea that minorities are responsible for their own poverty goes way back—to the Civil War, at least. As soon as the slaves were free, whites began blaming them for not becoming middle-class paragons of virtue.

White May Be Might, But It's Not Always RightComment:  The same applies to Indians, of course. As soon as the Indian Wars were over, Indians were supposed to put on Western clothes, take up the plow, send their children to school, and go to church. Americans were surprised that their attempt to eliminate 10,000 years of history and culture overnight didn't have the desired effect.

For more on the subject, see Blaming the Victim. 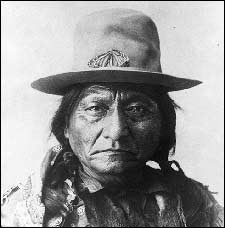 Email ThisBlogThis!Share to TwitterShare to FacebookShare to Pinterest
Labels: blaming the victim